For the last few days my world has been spinning, due to a viral inner ear infection.  It hasn’t been fun.  All I could do was sit up and watch movies (and play some Little Big Planet)–I know–how horrible for me!

I took advantage and watched some independent films that were on my must see list and let me tell you, it was interesting.

Enter the Void, directed by Gasper Noe is very strange.  I can appreciate the first person POV use of the camera and the unique, original story, which is the story of an addict drug dealer whose story doesn’t end with this death (you’ll understand), all in all it’s just a bit too weird for me.  This is definitely where I differ from other “art house” movie lovers–there is such a thing as “too artistic” for artistic sake.  I felt detached and distant (which could very well be the point of it ) and never once cared for the characters.  (You will find that characters and my emotional attachment to them is very important to me.)  Watch at your own risk.

Dogtooth is a greek film directed by Giorgos Lanthimos.  This too is a strange tale, but I liked this one.  I often complain about the lack of creative originality in Hollywood and it is refreshing when I find it.  It is odd and disturbing, yet a slow burn character study and social commentary.  I do not want to tell you too much–so if you don’t mind subtitles and eclectic storytelling–you have to check it out. 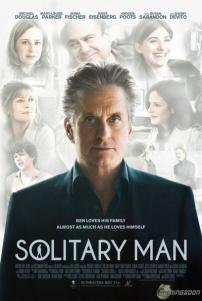 Solitary Man is the Michael Douglas small film, written and directed by Brian Koppelman, that is an interesting look into an unlikable character–with no redeemable qualities.  The director is courageous enough to not try to make Ben Kalmen a misunderstood, diamond in the rough–he is an asshole–and it is sad to watch his descent into ruins.  Surrounded by a strong supporting cast, it is worth the viewing.

Somewhere is Sophia Coppola’s latest film.  I loved Virgin Suicides and Lost in Translation and enjoyed Marie Antoinette–but I could not love or enjoy this movie.  The performances by Stephen Dorff and Elle Fanning are subtle and lovely, but the overall slow and depiction of boredom and lack of feeling, permeates the story for me.  I was emotionless and bored.  Not the effect intended.  Sigh.  Who knows, you may feel differently.

After a day of sad, weird and intense movies I was a bit low on my happy meter.  So, I ended with a revisit to the How To Train Your Dragon universe.  AH! Lovely music, wonderful characters, breathtaking affects and cool dragons!  Happy meter fully charged! 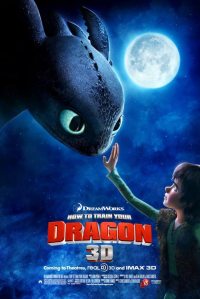 Hope all is well on your side of the world!

One thought on “A Night with “Indies””