Finally.  I have seen the film that has eluded me for months and it was worth the wait.  Zero Dark Thirty is an honest, matter of fact look at our years searching for Osama bin Laden and our fight against Al-Qaeda.  Yes, it is fictionalized and the main character is a composite of several female CIA operatives, but none of that takes away the suspenseful efficiency of the narrative.

Kathryn Bigelow is a deft director.  She had proven, over and over, that she can balance intense action with introspective character development.  Bigelow is not afraid to take her time.  As in the incredible Hurt Locker (one of my favorite films of 2008), this is a military thriller that allows an intimate look at what motivates persons that have dedicated their life to service.  As with Argo, it’s a testament of fine film making when the result is widely known and yet, it does not take away from the nail-biting tension.

I was quickly swept up in the passion for justice.  (I thought the first few minutes were very effective in setting  a tone–it was powerful and emotional.)  That righteous call for vengeance makes it easy to explain the use of torture and other techniques–but Bigelow and screenwriter Mark Boal, bravely show you the process without judgement.  And they also show how it did not really reap the results that were expected.  It is left to our own interpretation and in the end, I had to respect that.  I will say it is hard to watch and does begin discussions about the morality issues surrounding such acts and tactics.

The cast is perfect.  Every role, big or small, is portrayed by a talented actor.  The two stand outs are Jason Clarke  and Jessica Chastain.  Clarke had the right presence and strength to play his CIA operative, Dan, but it is Chastain, who again validates her acting prowess.  She is wonderful.  Dedicated, stubborn and with a vulnerability that allows the audience to connect to her.  My only minor complaint, would be that I wanted to know more about her Maya.  I felt like her “personality” was non-existence.  Yes, I learned how she operated and that she became obsessed, but I wanted more details of how and why.  Though this was not enough of a factor to ruin the experience–I still wish I could have gotten to know her more intimately. 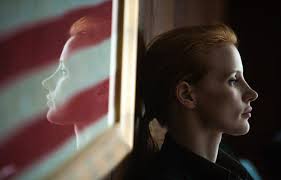 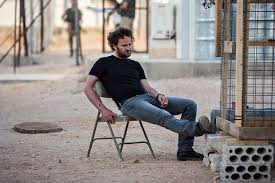 Zero Dark Thirty deserves all the accolades being given and I was very surprised that Bigelow was passed over in the Director category.  Another typical Oscar snub.  Oh well, in the long run it does not matter.  This film will stand the test of time and will remain an unflinching, honest look at an important part of our American history.  Good or bad, Zero Dark Thirty promotes conversation and is an excellent, masterfully crafted thriller that will grab hold and not let go until it is over.  Well done.  Well done indeed.