Lincoln is a personal, private look at our 16th President.  We all know the legend and we all can conjure iconic images of Abraham Lincoln.  But, this is the first time I have felt like I got to know Lincoln as a man.  Flawed, intelligent, melancholy, strong, eloquent and funny–yeah…really funny.  I got an inside look at what it must have been like to carry the nation’s troubles on one’s shoulders and just how the political machine truly works .  It’s triumphant and sad.   Within the first five minutes I was choking up–yeah–I know!  I believe, that Steven Spielberg has given us an intimate portrait that will endure the test of time and is one of the best films of 2012.

A historical biography that focuses on Lincoln’s last few months in office and his push to pass the 13th Amendment before the end of the Civil War, is familiar territory.  Yet, Spielberg strays from the ordinary.  This is not a broad, sweeping saga.  Instead, he turns the camera inward.  The Civil War is a constant reality, but we do not get to see much of it.  We are entrenched in Washington with the political intrigue and drama of passing one of the most controversial amendments (at the time) attached to our constitution.  And I know I am a nerd when I say it was AWESOME!

Yes.  Quiet scenes with men sitting around discussing moral, complicated issues (that are still relevant today, by the way) is awesome–especially when the writing is amazing.  Tony Kushner has written a tight, clear and beautifully structured story that never loses focus, yet allows for humor and heart that keeps the pace entertaining.  There were several moments that I found myself nodding and soaking in the truth made in simple statements.  Other times I found myself marveling on how far we have come (as a nation) and how far we have yet to go, still.  (I love it when a film makes you think and later, discuss important topics–it’s so cool when that happens.)

The film itself is beautiful.  Spielberg sticks with his usual crew and again, they produce magic.  Cinematography credit to Janusz Kaminski, who again uses shadows and light with ethereal effect.  There are some gorgeous shots here.  The music is wonderful and of course, from the brilliant mind of John Williams.  Production design by Rick Carter and costumes by Joanna Johnston have to be mentioned because they’ve created an authentic world that feels real–there was nothing artificial or fake.  And let’s not forget the Make-Up team (too many to note) who created make-up effects so subtle, it’s almost unnoticeable.  Sometimes it is easy to overlook the crew–but I have to give them some kudos because they sold me on this universe–I was immersed in a reality that felt genuine. 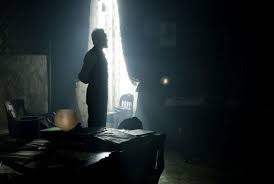 And now the cast.  This is a dream team–for sure.  Everyone is perfectly suited for their roles.  From David Strathairn to James Spader–no role is too small for any of these fine actors to shine.  Check out the IMDb page and go down the list…all of them–fantastic.  There is not a weak showing among them.   I can list them and praise each performance, but it will take too long.  😀  Of course, the heart of the film belongs to Daniel Day-Lewis.  We all know he is brilliant.  He has proven it over and over.  Day-Lewis disappears and Lincoln emerges.  It is uncanny how much he, not only looks like Lincoln but embodies his essence.  For me, though, it was the eyes–he can say so much with just his eyes.  The other stand outs are Tommy Lee Jones (scene stealing good and hilarious) and Sally Field (powerful and heart-breaking).  I can sometimes forget how good these two are–well, they reminded me.  Both stellar outings. 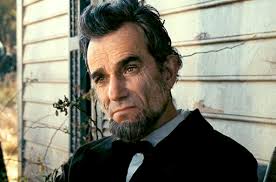 Yes…yes…I loved it.  I walked out talking about history and Lincoln’s lasting legacy.  How the world would’ve have been different if he had lived to lead the reconstruction of our country.  We talked about modern politics and how current and appropriate the film is to our concerns of the day (another part of its genius).   We went on and on about performances and quoting favorite speeches (loved the “compass” analogy).  We acknowledged how Lincoln will stick with us–how it will make us think about our nation’s history and the steep price of freedom and equality.   Again, Spielberg gives us another important film (joining Saving Private Ryan and Schindler’s List) that will become part of our society’s consciousness.

OH!  PS–Our Sci-Fi tendencies wondered what those men would’ve had thought if we came from the future to tell them that in 147 years we will have re-elected an African-American President to a second term–we would have women in the highest positions of the Cabinet–and the first openly gay Senator.

We think some heads would literally explode!  LOL!